Oh boy, where do I start with this one?

Just because this is a more gritty and harrowing experience doesn’t make it any more wholesome, though. The high points of the film would be the few consensual sex scenes, particularly the lesbian one (though both actresses involved, Ruby Runhouse and Nina Fawcett, were extraordinarily annoying). There was also a solid stabbing scene, where a nude woman is slashed down the chest then stabbed twice. That’s really the only time I truly felt this was a horror film. Otherwise, it was a virtually plot-less fiddle flick.

I think that’s perhaps the most (and only) interesting thing about the film. The serial rapist is a Vietnam vet with P.T.S.D., and instead of getting the treatment the U.S. Government should have given all returning soldiers, they’re thrown back into their lives without any way to cope with the horrors of war (and despite all the rape in the film, I really feel like the overarching trauma of war was the true culprit).

The movie didn’t really go out of their way to address this point – sure, they threw in a lot of images from Vietnam, and the killer (played rather well by Harry Reems) definitely had a problem with hippies and large crowds (which seemed to set off some of his manic behavior). Still, if you take any bigger idea away from this movie, it’d be the solid anti-war sentiment that’s apparent throughout.

While not entirely that good of a film, this early 70’s flick occasionally carries a psychedelic vibe that does really well for it. Much of the film, while certainly not incoherent, feels like a bad trip, and questioning the reality of the situation will probably happen at least once. This doesn’t make Warlock Moon a good movie, but it does allow it a more unique feel.

If one happened to be somewhat bored throughout a lot of the film, I don’t know how much I’d blame them. There’s certainly a sluggish and potentially-repetitive feel at times, and though it does pick up the pace a bit at the end, this movie makes you work for it.

The movie really only has three noteworthy characters, and two of them are decently well-acted. Playing the main young woman, Laurie Walters is pretty adorable, and has a very youthful, innocent feel to her. She does great when she believes she’s losing it later and, and pulls off much of her time onscreen well. Edna MacAfee did great in her role of a kindly, yet potentially dangerous, older woman. On the flip-side, Joe Spano did very little for me, and that includes the conclusion, in which we learn more of his character. Still, Walters and MacAfee are good enough to make up for that.

For much of Warlock Moon, I appreciate what they were going for, and even the ending, while I don’t personally love it, or enjoy it that much, shows a solid grasp on their goal of a somber, psychedelic experience. Maybe in a somewhat shorter film, things would have come out better, but as it is, while I was decently engrossed through most of the film, I felt lukewarm about most of it.

I think that the atmosphere of the movie is pretty good, and I think there’s a good feel for the confusion of Walters’ character. Really, Warlock Moon isn’t a bad film, it’s just lacking a bit here and there. The setting (a mostly dilapidated spa resort) is rather ominous, and at times, the uncomfortable vibes of the much more modern Get Out (2017) pop up.

Though I find the film below average, I would say that if you’re a fan of 70’s horror, it’s still potentially worth a look. You may not necessarily love it, but I do think you’d appreciate some of the elements and ideas they threw into the film.

Generally known as Torso, and originally known as I corpi presentano tracce di violenza carnale (what a mouthful that is), this giallo is a pretty solid and enjoyable film, though I don’t think it truly shines until the final thirty minutes.

Much of the success is due to Suzy Kendall’s strong performance. Throughout much of the film, she plays the type of protagonist you can really root for, as she does some solid investigation, along with making rather intelligent decisions toward the end. Probably one of the stronger women in horror at the time, which I appreciated. Her main friends (played by Tina Aumont, Angela Covello, and Carla Brait) all did well, but the only one to really make an impression was Aumont.

Otherwise, John Richardson was about the only other performance to really do much for me. Playing one of the many suspects (what’s a giallo without at least three suspects?), Richardson is decently memorable despite his moderately short screen-time.

What’s more memorable than him, though, is the ample nudity in the film. A lot of topless scenes here, including a drugged-out dance, skinny-dipping, and, of course, nude sunbathing. There was even some softcore lesbian action at times, which was kind of them to throw in. It sort of came out of nowhere, but that’s Italy for you.

The gore was pretty decent also, though not quite as good as I recalled. Still, it’s pretty solid, what with multiple slit throats, a rather nasty (but also rather fake) head injury, and of course, some mild dismemberment toward the end. Much of the violence wasn’t really gory, but it still had a strong sense of being brutal.

It’s in the final thirty minutes where Torso takes off from an okay giallo to a really suspenseful and mysterious film. The killer’s identity wasn’t really hard to decipher, but the reason for their actions was what had me most curious (and we get a fun flashback at the end to showcase just that). There’s some great suspenseful scenes in the finale, such as the newspaper scene and a taut sequence of a woman trying to conceal herself from the killer in the hilltop villa (which was a pretty solid setting, by the way).

All-in-all, Torso’s not quite the amazing movie I remember it being, but it’s still very much above average, and it’s definitely a giallo I’d recommend. Sergio Martino did a lot for Italian horror (and I mean a lot), so his entry here is unsurprisingly solid. The specific scarf design one of the girls was attempting to remember was classic giallo. Not an overly amazing movie, Torso was still a lot of fun. 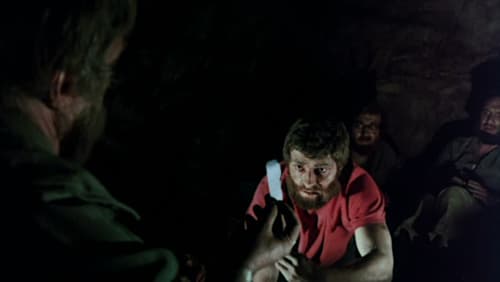 This early-70’s proto-slasher is a pretty enjoyable fair, especially if 70’s horror is your thing.

Occasionally a bit dry, I think for the most part, The Severed Arm keeps the interest of the audience. The gore is certainly lacking (though there are a few fun scenes, especially one toward the end), so that’s certainly not a reason to recommend the film. Still, the plot itself is decent, and I think anyone can see how it’s not too dissimilar from many slashers past this point.

There were plenty of enjoyable actors and actresses throughout. The two main characters, played by Paul Carr (later in The Bat People and Sisters of Death) and David G. Cannon (this is his sole film) – both do a pretty good job, Carr reminding me of Gary Oldman at times. Deborah Walley has a decent presence, mostly toward the end of the film, as her interactions with Bob Guthrie (who was in only one other film) were pretty enjoyable. And who couldn’t get a kick out of Marvin Kaplan (who appeared in the comedy classic It’s a Mad Mad Mad Mad World from 1964) playing radio host Mad Man Marvin? His over-the-top hamminess provided most of the fun for this film.

Which is true mostly in part because, like most 70’s horror movies, this film plays itself pretty straight. It even had a bit of a downer ending, which, given the sometimes television-feel this movie has, might take you by surprise. Still, despite the lack of solid gore, I still think anyone going to a drive-in to watch this probably got a kick out of it.

I liked The Severed Arm when I first saw it last year, and I still like it. The ridiculously lengthy flashback was good fun, and the final scenes really close this movie on a fun note. It’s a solid proto-slasher with a moderately decent cast and story. Certainly a 70’s movie worth looking into.

I’ve seen this movie once before, but honestly, I don’t quite recall when. At first, this seemed like a new watch, but about 30 minutes into the flick, it hit me that it was awfully familiar. Which, whether that says something negative about the movie or myself, well, is entirely up to you.

That being said, that seems a moderately good anecdote when talking about this film, because despite some decent tension, solid acting, and a downer of an ending, Sssssss seems like a pretty forgettable affair.

Strother Martin is pretty well-cast as an almost Universal movie mad scientist-type guy, which becomes more evident as the movie drags on. His daughter in the flick, played by Heather Menzies (who, on a side-note, reminded me a hell of a lot of a younger Ellie Sattler from Jurassic Park), was probably one of the most solid actresses of the film, her looks also standing out as a positive. The main character, of sorts (because really, this more feels like the Strother Martin hour than it does Benedict), is played by Dirk Benedict, who did well with what he was given, but honestly, I don’t feel he stands out all that much.

Which is sort of a problem, because this movie tends to drag at the beginning, and even when interesting things begin to happen, it’s not like the flick jumps into hyper-speed. Many 70’s flicks tend to have pacing problems like this. For instance, the 1972 Stanley (another snake horror movie, by the way), had next to no horror for the first 45 minutes. I’d argue, though, that Stanley had far more interesting and deep characters than what we’re given here.

When a movie drags, and the characters can’t really pull the weight the plot’s unable to, then you’ve got some bad problems.

Of course, this isn’t to say the movie is terrible. Dodgy special effects aside, I liked the ending, for the most part, and an earlier scene, the death of a snake, actually elicited a pissed off response from me, which isn’t really what one would expect from a 70’s film. Throughout a lot of the movie, there seemed to be sort of a darker mood, with occasional assistance from the score, culminating in the ending, which was perhaps the most stand-out portion of the flick.

All-in-all, I wouldn’t say that Sssssss is a bad movie. I can name plenty of other movies around the same time that I much prefer to this one, but given the output of 70’s horror, that shouldn’t come as a surprise. It’s just hovering around average, held back by a sluggish pace and mostly uninteresting characters. As far as 70’s snake horror goes, I’ll probably stick with Stanley, as I found it both more consistently memorable and amusing.