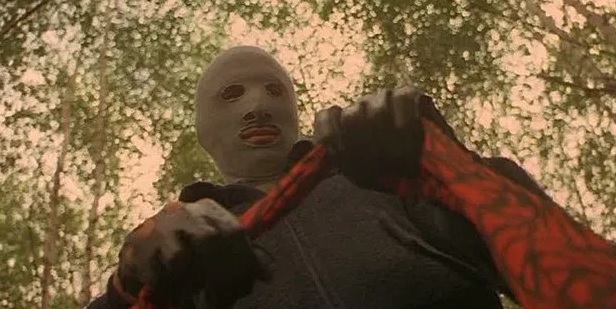 Generally known as Torso, and originally known as I corpi presentano tracce di violenza carnale (what a mouthful that is), this giallo is a pretty solid and enjoyable film, though I don’t think it truly shines until the final thirty minutes.

Much of the success is due to Suzy Kendall’s strong performance. Throughout much of the film, she plays the type of protagonist you can really root for, as she does some solid investigation, along with making rather intelligent decisions toward the end. Probably one of the stronger women in horror at the time, which I appreciated. Her main friends (played by Tina Aumont, Angela Covello, and Carla Brait) all did well, but the only one to really make an impression was Aumont.

Otherwise, John Richardson was about the only other performance to really do much for me. Playing one of the many suspects (what’s a giallo without at least three suspects?), Richardson is decently memorable despite his moderately short screen-time.

What’s more memorable than him, though, is the ample nudity in the film. A lot of topless scenes here, including a drugged-out dance, skinny-dipping, and, of course, nude sunbathing. There was even some softcore lesbian action at times, which was kind of them to throw in. It sort of came out of nowhere, but that’s Italy for you.

The gore was pretty decent also, though not quite as good as I recalled. Still, it’s pretty solid, what with multiple slit throats, a rather nasty (but also rather fake) head injury, and of course, some mild dismemberment toward the end. Much of the violence wasn’t really gory, but it still had a strong sense of being brutal.

It’s in the final thirty minutes where Torso takes off from an okay giallo to a really suspenseful and mysterious film. The killer’s identity wasn’t really hard to decipher, but the reason for their actions was what had me most curious (and we get a fun flashback at the end to showcase just that). There’s some great suspenseful scenes in the finale, such as the newspaper scene and a taut sequence of a woman trying to conceal herself from the killer in the hilltop villa (which was a pretty solid setting, by the way).

All-in-all, Torso’s not quite the amazing movie I remember it being, but it’s still very much above average, and it’s definitely a giallo I’d recommend. Sergio Martino did a lot for Italian horror (and I mean a lot), so his entry here is unsurprisingly solid. The specific scarf design one of the girls was attempting to remember was classic giallo. Not an overly amazing movie, Torso was still a lot of fun.