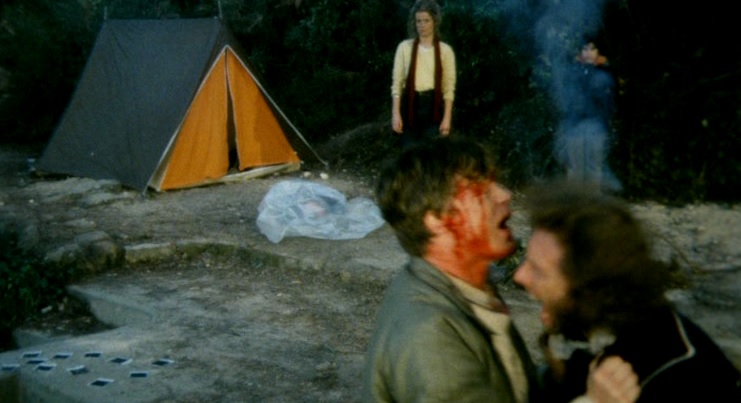 (Note: this review was written like this movie – it starts off competently, but then falls into a mess of stuff that has no context and makes no sense).

Maybe it’s because I don’t have much interest in philosophy, but I couldn’t stand this movie. It just felt aimless, meandering, and pointlessly ontological.

The story had potential, and it’s that potential that lead me to seek this film out, placing it on my ‘want-to-see’ list. It’s the same mistake I made with the 2007 French flick Eden Log, actually. I might have hated that one more, but this wasn’t a walk in the park, by any means.

There were some decent scenes at the beginning before the characters started acting irrationally and ultimately ceased acting like actual people. The idea of wandering lost in what should be an easy location to leave has appeal, but when the approach they take is one like they did here, it doesn’t do a thing for me, and actively irritated me.

I derived no pleasure from this movie. Not from the end (I guess one of the characters died off-screen, or something, because they don’t pop up again, and also, there seems to be a character at the end who never appeared before who was retroactively considered a main character or something), which was horrible.

I don’t even know if my critique is making sense. The cannibalism aspect was fine at the very beginning, but then it became some religious-like ritual for some reason without explanation. And then other stuff happened. I guess. Then a book was written from the surviving characters, despite the fact that the main survivor was utterly incomprehensible half the time.

This movie is Portuguese, though it’s in English, and takes place in France for some reason.

Like suicide, I guess. Purple feathers on blue grass. Long Weekend was bad too, but this was so wurst.