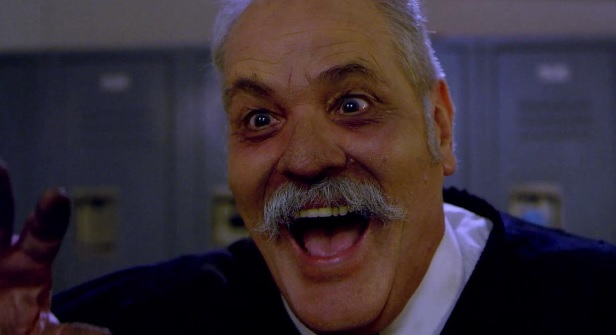 I saw this one once before shortly after it came out, back in October of 2012. As is the case with many Syfy movies, I thought it was rather awful. Seeing it again with a larger frame of reference though (American Horror House came out the same year, for example, and was quite a bit worse than this one), I can accept that while rather poor, I did gleam some amusement from this.

Let’s be honest here: the special effects are almost uniformly terrible, the antagonist is pretty awful (though M.C. Gainey is at least having fun), and it fails on most levels, but with at least some of the corniness and characters, it’s possible to have a fun time.

Most of the acting is about as iffy as you might expect. I certainly liked a few of the actors and actresses here, such as Lauren Pennington, Shawn C. Phillips (who has appeared in many a low-budget horror film), Jonathan Baron, Marc Donato, Danielle Greenup (who also stood out as the most attractive cast-member, in my view), and M.C. Gainey (who was hamming it up at every opportunity, which is a move I don’t think makes sense character-wise, but after reading the script, I can see why Gainey went that way).

The elephant in the room is Danny Trejo, who plays the janitor of this private school, and also knows all about the sinister and Satanic acts going on. Because of course he does. That’s how Trejo do – his character is often just important enough for him to get top billing, and it worked again. Do I have anything against Trejo’s performance here? Not at all. But seeing Trejo pop-up in ridiculous low-budget movies, be it this, 3-Headed Shark Attack, or On Bloody Sunday, just rubs me the wrong way. It doesn’t help that his story here is perhaps the most generic aspect of the movie.

Haunted High, known also as Ghostquake (which I regret to inform you is a term dropped in the movie at one point) is a terrible film, but like some other terrible films, such as the Satan’s School for Girls remake, it can be sort of fun. This is nowhere near as good as Satan’s School for Girls, no matter how much Gainey tries, but I did like it more this time around than when I first saw it, so hey, I guess that counts for something.