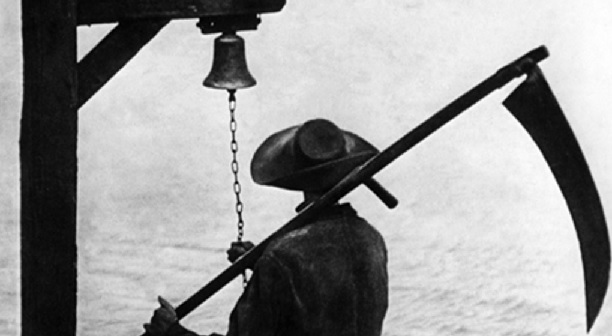 Sometimes called a German classic, Vampyr is a rather interesting film with unique stylistic choices. I don’t think any of it makes the film particularly good, despite the strong, often eerie, atmosphere, however.

The main issue with this film is that it’s rather incomprehensible at times. It’s experimental and dreamy, but despite the somewhat simple plot, not really coherent, so while you get some memorable sequences and rather interesting cinematography (especially regarding shadows), it’s possible that such design will fall flat if the style of the film doesn’t much enamor you.

One somewhat fun thing about the film is the sparse dialogue. The film was filmed much like it would have been during the silent era, and there are even plenty of title screens present, so the film really feels older than 1932. The dialogue they do have is generally inconsequential, and I don’t think it really helps make the story clearer.

Unfortunately, that’s my biggest problem with the film. Vampyr often feels incoherent, and while the skeleton outline of a story is there, it definitely isn’t explained well. Some may argue this helps induce a dreamy atmosphere, and it partially does, but when there’s atmosphere at the expense of story, I sometimes have problems.

As such, I can think of so many more classic horror films from the 1930’s that I’d rather watch again than this one. In fact, I might have liked this one more the first time I saw it, because it really didn’t gel with me upon my most-recent viewing. Vampyr has it’s fans, and it probably should, but I will admit to not being one of them, and despite some decent scenes and a solid aura, I don’t come close to loving the film.

This is one of the films covered on Fight Evil’s podcast – listen below as Chucky (@ChuckyFE) and I discuss this film.