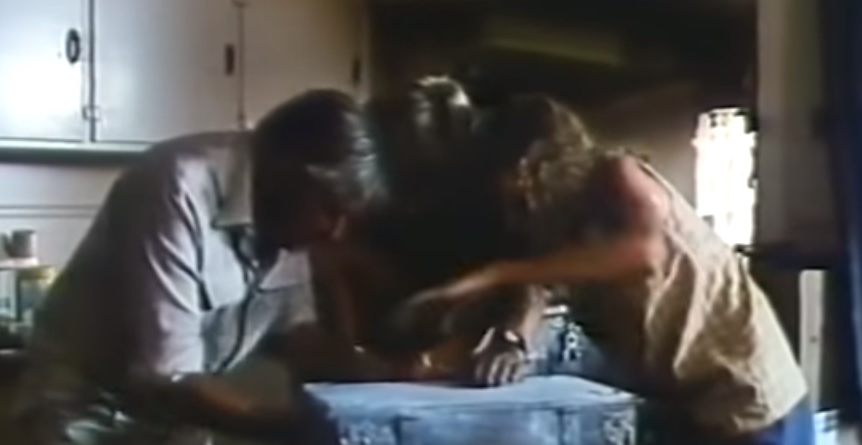 This Australian mystery/horror/romance/drama is rather interesting. Not necessarily good, mind you, but interesting. Calling it horror is probably fine, but the film is definitely more focused on the mystery aspect than the multiple killings, which is a bit of a shame, really.

With Frenchman’s Farm, there’s a lot of exposition in a lot of scenes. There’s quite a few names and dates that you’d best try to remember, or otherwise you may get lost along the way. As it was, I actually missed something somewhere, so there’s something that didn’t make sense to me come the end (regarding the ghost of the farm), but I suspect that if I watched closer with a more attuned ear to the Australian accents, everything would be clearer.

As it is, because so much of the movie relies on understanding the mystery, I will admit to feeling it dragged past a certain point. To be fair, given the movie’s a hour and forty minutes, perhaps it would have felt like it was dragging anyways. There are some horror aspects that certainly pop up throughout the film (some rather effectively creepy, too), but I don’t know if it’s really enough to sate me given the total time spent with the film.

Being an Australian film, I don’t really know any of the actors here, but everyone involved did a reasonably good job, such as Tracey Tainsh and David Reyne, who play the main characters. Their relationship feels authentic, and I appreciate the both of them. Others who do well include Norman Kaye and Andrew Blackman. I want to give a special mention to John Meillon, who played Riley in the first two Crocodile Dundee movies. I didn’t even recognize him when watching the film due to his character having a mustache, but looking back, it’s definitely him, which is sort of cool.

While there was a lot I enjoyed about the film, I find it a hard one to really recommend to fellow horror fans, given that, while no doubt in my mind horror, that others would be inclined to disagree. Given the focus of this is far more the mystery the two main characters are trying to uncover, the horror portions (as great as some of them are, especially near the end) are overshadowed. Might be worth a look if you’re into Australian cinema, but otherwise, I suspect many would be disappointed, especially given some of the posters for this one.