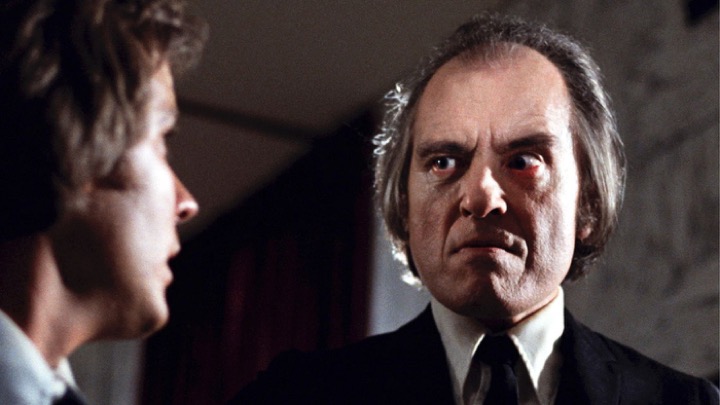 In many ways, Phantasm comes across as a mess. There’s not much really explained, and the ending is pretty jarring and confusing. But what it might lack in comprehension, it makes up for in almost everything else. The upsides of Phantasm? Firstly, most of the actors do a great job. Angus Scrimm, as The Tall Man, just dominates every scene he’s in. A truly fantastic performance, despite not many previous roles. Still, there’s more than just Scrimm. The three protagonists, Michael, Jody, and Reggie (played by Michael Baldwin, Bill Thornbury, and Reggie Bannister, respectfully) have a pretty compelling friendship, and specifically, Baldwin and Thornbury are decently believable as brothers. Even when annoyed with Michael’s antics, you can tell that Jody still loves him. And they both share the fear their parents were turned into dwarf zombies, so there’s that.

Which brings us to the creativity of this movie: a seemingly alien being turns corpses into zombie dwarfs and has flying metallic spheres is not something commonly seen, to say the least. So that’s fun. Need I mention the theme? It’s damn brilliant, and up there with the best themes of the genre (Halloween, The House by the Cemetery, and ANOES, for example). And the atmosphere? That dreamy, hazy, disjointed feeling? Nothing does it better than Phantasm. This might not sound like a great movie, but I’ve met very few horror fans who don’t adore it on varying levels. Not everything makes sense, but when the final product comes out this well, that hardly matters. A movie that stays fresh with each re-watch.