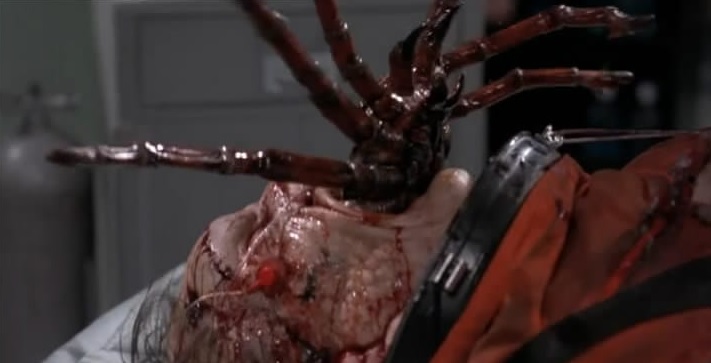 Spiders is a moderately low-quality romp, with ridiculous characters and rather dated-looking spider CGI. The story is slightly unique, in that the first hour and ten minutes take place in an underground military base, but for the final twenty minutes, the setting becomes a college campus and finally, the city as a whole. The last two portions seemed sort of jammed in there, just to make the film a bit longer – they certainly don’t feel in place.

That’s not to say this movie isn’t enjoyable – if you like lower-quality monster movies, then this one seems right down your alley. The “aliens” at the beginning of the film are hilarious, and the overacting of Mark Phelan, once you get used to it, is pretty amusing. And like I said, it’s just a ridiculous movie overall. Not bad, not great. Not a waste of time, though, so I guess it’s about slightly below average.